Two weeks ago I experienced the usual level of cognitive dissonance most environmentalists working in Hong Kong get from time-to-time. I spent Thursday at an uplifting conference on green finance organised by the Hong Kong Monetary Authority and the International Capital Market’s Association. Star billing went to the green bonds market, which is starting to really take off with around US$180 billions of issuance, which is around 2% of the value of all bonds issued last year. Hong Kong wants a piece of this – especially the lucrative deals from mainland Chinese banks wanting to raise finance for renewable energy, public transport and green buildings in China and the belt-and-road countries.

Paul Chan the finance secretary and his deputy Joseph Chan both talked about the sweeteners cash-rich Hong Kong government is offering project sponsors. They’re generous, the Government is subsidising the costs of certifying green bonds, as well as issuing up to HK$100 billions of green bonds itself. Other speakers, including the Ma Jun, former chief economist at the Peoples Bank of China, wove together a tale of how Chinese banks were experimenting with techniques to analyse whether the infrastructure they financed was consistent with decarbonising the economy and resilient to climate change.

Sounds like Hong Kong is itching to develop and fund green infrastructure. Well that’s how it seemed till the next day. 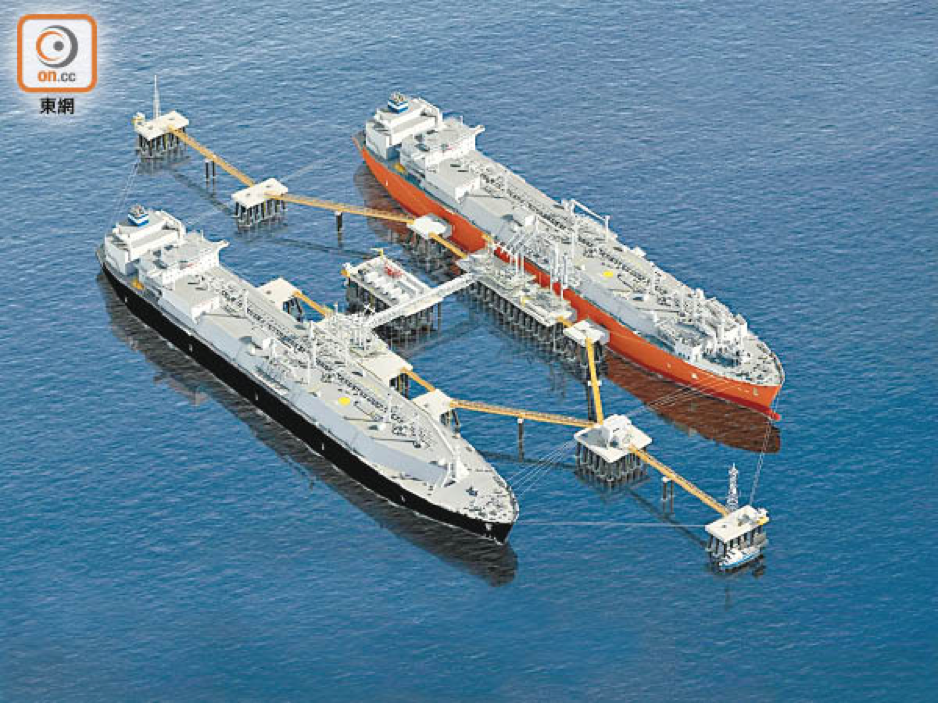 On 15th June, Hong Kong’s two power companies China Light & Power (CLP) and HK Electric (HKE) issued an environmental impact assessment (EIA) promoting a floating liquidfied natural gas (LNG) terminal to receive and re-gasify liquid gas from tankers, and pipe it to the utilities’ power stations. What could be wrong with this? Hong Kong’s energy policy is to increase the share of electricity generated from natural gas and reduce our reliance on coal. The trouble is, while gas is cleaner than coal, it is not clean enough to meet the Paris Agreement. So the bigger question is whether Hong Kong needs to invest in long-lived gas assets like the new LNG terminal, or whether we can use existing facilities in the transition years.

The EIA rationalises the floating terminal: “The Project will increase CLP and HK Electric’s options regarding the sourcing of future gas supplies for Hong Kong, and provide the flexibility to directly access competitively priced gas from the global LNG market, including its associated spot market, therefore improving the Hong Kong LNG buyers’ future negotiating position, and diversity of gas supply sources.”

The argument being made isn’t that existing facilities to import gas are insufficient for the projected demand, instead the argument is that the new terminal will increase security of supply and help the power companies’ negotiating hand.

Let’s look at these. At the moment CLP receives gas from the massive Second West-East Gas Pipeline (WEPII) from Central Asia, and also a pipeline connecting Hong Kong to smaller gas fields, like the 20-year old Yacheng field in the South China Sea. CLP draws attention to the fact Yacheng is fast depleting. What it doesn’t mention is that only two years ago it contracted to receive gas from another South China gas field, Wenchang, and which necessitated no new investment on CLP’s part, to help balance Yacheng’s fall in output.

The other electricity utility, HKE, receives gas from a land-based LNG terminal in Dapeng Shenzhen. This is just 20 kilometres away from CLP’s service area. Dapeng, as well as already supplying HKE with gas from world markets, also supplies HK’s third energy utility, Towngas, with its natural gas imports through a pipeline to Tai Po, which lies inside CLP’s service area. If Towngas is happy to rely on the Dapeng terminal to supply its raw gas, why doesn’t CLP follow suit? Using an already existing LNG terminal to access world gas markets would surely save a bundle, and also provide the security of supply to ward off any disruption to the WEPII like the Shenzhen landslide. 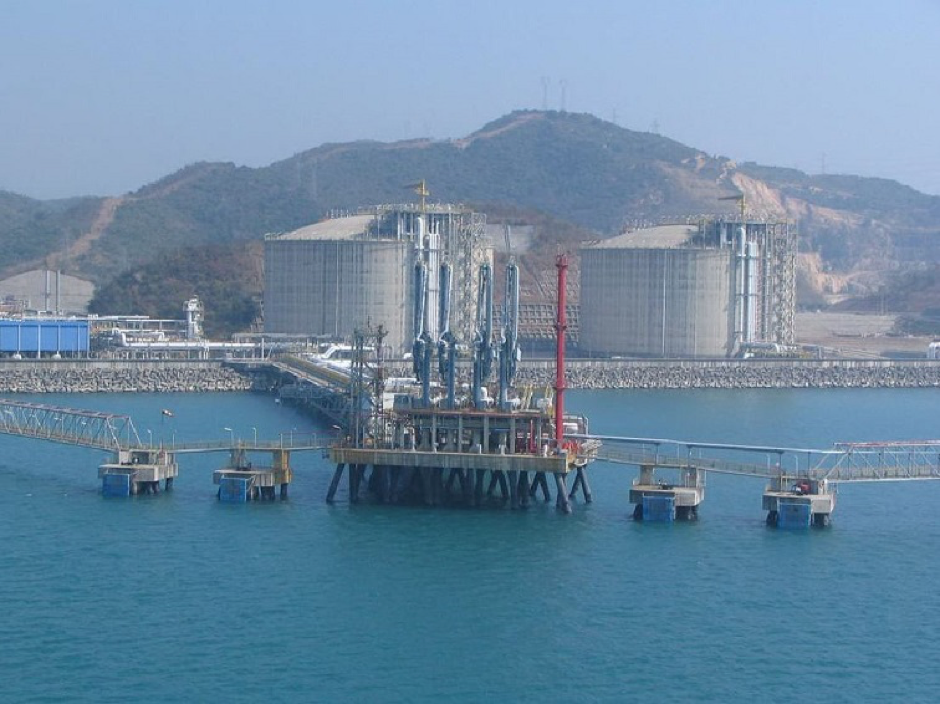 The second argument being made is that untrustworthy Chinese energy companies are screwing Hong Kong on gas price, and Hong Kong needs its own independent facility. This might play well to some parts of Hong Kong society, the trouble is, only six years earlier, when CLP first connected to the WEPII, it gave a presentation to legislators saying almost the exact opposite. In the slide deck CLP claimed it had agreed a pricing formula for gas covering the next twenty years for gas supplied by WEPII. Price would be linked to commodity costs of gas, plus fees for transit costs and taxes.  Government would scrutinise the agreement’s application to ensure fair-play. In the presentation it forecasted WEPII prices to be the same as LNG prices landed in Dapeng. If CLP thought WEPII was a good deal then what’s changed?

Perhaps the reason that CLP and HKE want to build the floating LNG terminal is not for the reasons being given, but because they make a great deal of risk-free money from building their own gas terminal, but no money at all if they use someone else’s. One of the peculiarities of the Scheme of Control (SoC), the gentleman’s agreement between the government and the two power companies, is that profits are earned only from investment. Figuring out what a customer wants and providing it as cheaply as possible to gain market share, the normal route to power utilities making money, goes unrewarded. The new SoC promises utilities an 8 percent rate of return on their $5-6 billion investment in the floating LPG terminal it. This means that customers will have to foot the $400 million per year bill for the just-in-case asset for up to 30 years regardless of whether the companies use it. CLP are currently asking for bids to supply 1.4 million tonnes of LNG through the proposed terminal, just a quarter of the gas CLP will need to supply half its power.

And if the government decides to transition away from gas to a genuinely clean fuel over the next 30 years, guess what, the SoC promises that the utilities have to be compensated for the LNG terminal being stranded. In my last few days at WWF, I spoke to government and CLP officials and asked whether the terminal would be funded within the SoC or outside its terms and got the same answer over-and-over: “not decided yet”.

So what’s all this got to do with the green finance conference earlier in the week? One of the big themes of the talk was that investors need to wake-up to the fact that some of their investments are going to impaired by policies to mitigate climate change, as well as the impact of climate change itself. The world’s central bankers asked the Task force on Climate-related Financial Disclosures (TCFD) to figure out how information could better align financial markets to deal with climate change.

One of the TCFD’s key recommendations was that companies assess the impact of and disclose their exposure to risks from climate change policies like carbon pricing or emissions trading. This sensitises the finance community to their fossil fuel investments being stranded once the world transitions away from them. However, the current SoC uses customer bills to 100 percent insulate the two power companies from their long-term greenhouse gas incontinent investments. So I beg the Hong Kong government to say no to any attempt to fund the LNG gas terminal through the SCA. Doing so makes a mockery of the the green finance principles being espoused elsewhere in government. If the utilities want to gamble on future demand for gas let them use shareholder money, not customer bills to make the wager.

I have spoken to the two power companies’ staff enough times to know that some of them get the threat of climate change and the special responsibilities power companies have to address it. Both companies have set themselves ambitious 2050 goals to decarbonise. But now they need to implement these high-minded strategies in concrete infrastructure investment plans.

It’s time to dust off their off-shore wind proposals first developed a decade ago, and propose these once more. In my opinion the new SoC is a good mechanism to finance off-shore wind, the rate of return has been reduced from 11 per cent to 8 percent and the capital costs should be much cheaper than ten years earlier. Taiwan has contracted to buy output from 5 GW of off-shore wind this year for prices around US$73/MWh or HKD0.57/kWh. This could well be less than the price of LNG fuelled gas power!

The world has moved on and the Hong Kong people and finance community are hungry for green investments, not white elephants.