One unfortunate side-effect of my job is seeing all problems through a climate finance lens. See a problem that need fixing, sort-it with a green loan, possibly credit enhanced and securitised for good measure. But there are a few things in life that money(-markets) can’t buy and government has to dip into its pockets and pay for itself.

Pavements are one such problem. I spent the first week of January in New Delhi scurrying around the diplomatic enclaves and the chic district of Safdarjung in southern New Delhi. The city has seen massive investment in its sleek new(-ish) metro system. If you’re a nerd about these sorts of things its eight lines stretch 327 km and carry 2.5 million passengers a day making Delhi the 10thmost busy system in the world. Plus, it is as cheap as chips to use (Rs 30 – i.e. 45p – for a typical 10 km journey) making it surely the best thing to hit the city since Lutyens. 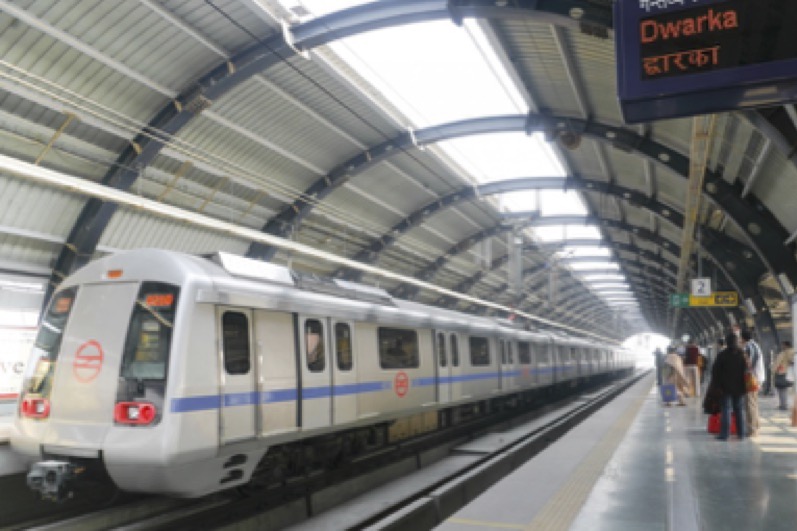 But despite glowing reviews by foreigners hardly any of the Indians I met in Delhi used it. One colleague who has lived in Delhi all her life, admitted trying it just twice in its 14 year existence (it’s even got women’s carriages so her reticence can’t be “Eve-teasing” in case you were wondering). It’s not as though she’s congenitally averse to the concept of underground transport, when she’s in London or New York she’s happy to use their grotty systems. So when in Delhi why does she drive or Uber everywhere?

“It’s the last-mile,” she explained. And she’s got a point. The walk from one of the 236 stations – often located on one of India’s arterial roads – to the final destination is often… well take a look at the pictures below. 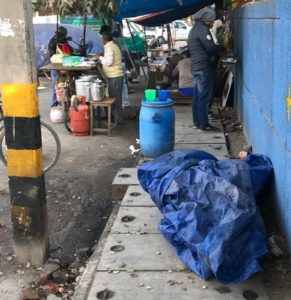 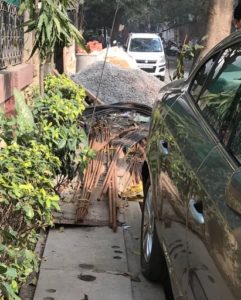 Indian smashed and see-sawing pavements are the site of Delhi’s charming informal economy, as well as where it stores its vehicles and construction materials. What hope do mere pedestrians have?

And then there is the issue of Crossing an Indian Road. When I asked the way to a nearby café on the other side of a busy road, my hotel’s staff begged me to take an auto. “But it’s just a couple of hundred meters” I spluttered. Google maps dispatched me on a 1.5 km detour through one of Delhi metro’s excellent underpasses (another altruistic act of benevolence by this celestial institution). Google’s algorithm clearly took legal advice and completely blanked a near-by and widely used pedestrian crossing. If it directed me to the ‘official’ crossing and the inevitable happened, widow-Vaze would sue its ass for, if not man-slaughter, at least assisted suicide. (Quick tip for President Trump – don’t waste $6 billion building a wall between Mexico and US border. Just ask Delhi city planners to route one of its dual carriage-ways along any border that needs to be hermetically sealed. Even a wily, rapist, drug-laden coyote wouldn’t stand a chance of making it across.) Cars aren’t so much a mode of transport in India as a WMD. India, for once, can happily take the silver medal  to China’s gold sending just 230,000 people to an early grave compared to China’s 260,000. But India shouldn’t get too self-righteous China has nine times more road vehicles than India. For the record, UK’s drivers kills just 1,700 a year.

Which brings me back to the main point of this blog. Middle- and upper-class Delhi-ites don’t much use any public transport, except the plane, because so many of them own cars, often with drivers. Like feeble Dalek’s encased in their steel exo-skeletons, they have insulated themselves from the carnage wrought by their vehicles and glibly exterminate all who chance in their way. Things are likely to get worse. The rip-roaring success of Uber and Ola (India’s home-grown ride sharing app) is not an indication of India’s ingenuity, but of her inequality. Most of the Uber fares around Delhi and Mumbai were £1-£2 even for a 40 minute journey through Mumbai’s snarled up traffic. India’s shocking unemployment rates mean too many people are prepared eke out a living as car-slaves so more and more people can turn their backs on walking.

Here is my elevator pitch for Indian metropolitan planners. Forget about widening roads and building more over-passes that will simply yield bigger traffic jams in a few years. Instead suggest to traffic cops instead of collecting bribes they should instead collect fines for crossing red lights and mowing down pedestrians. Second, phase-out the use of petrol and diesel altogether in cities. Visibility in Delhi was down to one kilometer during my stay (though it made for some stunning sunset shots). Convert buses and taxis to electric and put a ceiling on the numbers of cars that are allowed to be owned. Third, introduce parking wardens with tough targets and low EQs.  Fourth, revenues from road offences should be ploughed back into effective road crossings on minor roads and underpasses and footbridges on major roads. In Connaught Circus the underpasses are vibrant commercial spaces that collect rent, not homeless. 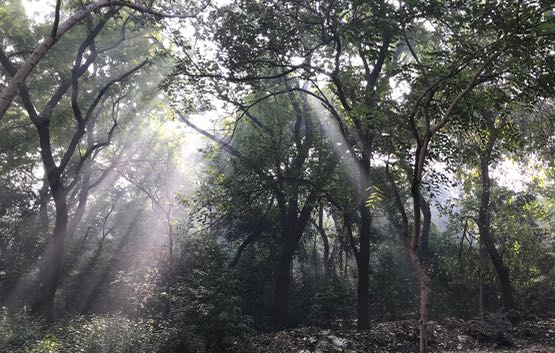 Perhaps the fines could be used as a revenue stream to pay the yield on a green bond to finance pedestrian facilities. I think I’ve invented a new financial instrument – a Fine Backed Security (FBS). Great idea I should tell my boss.