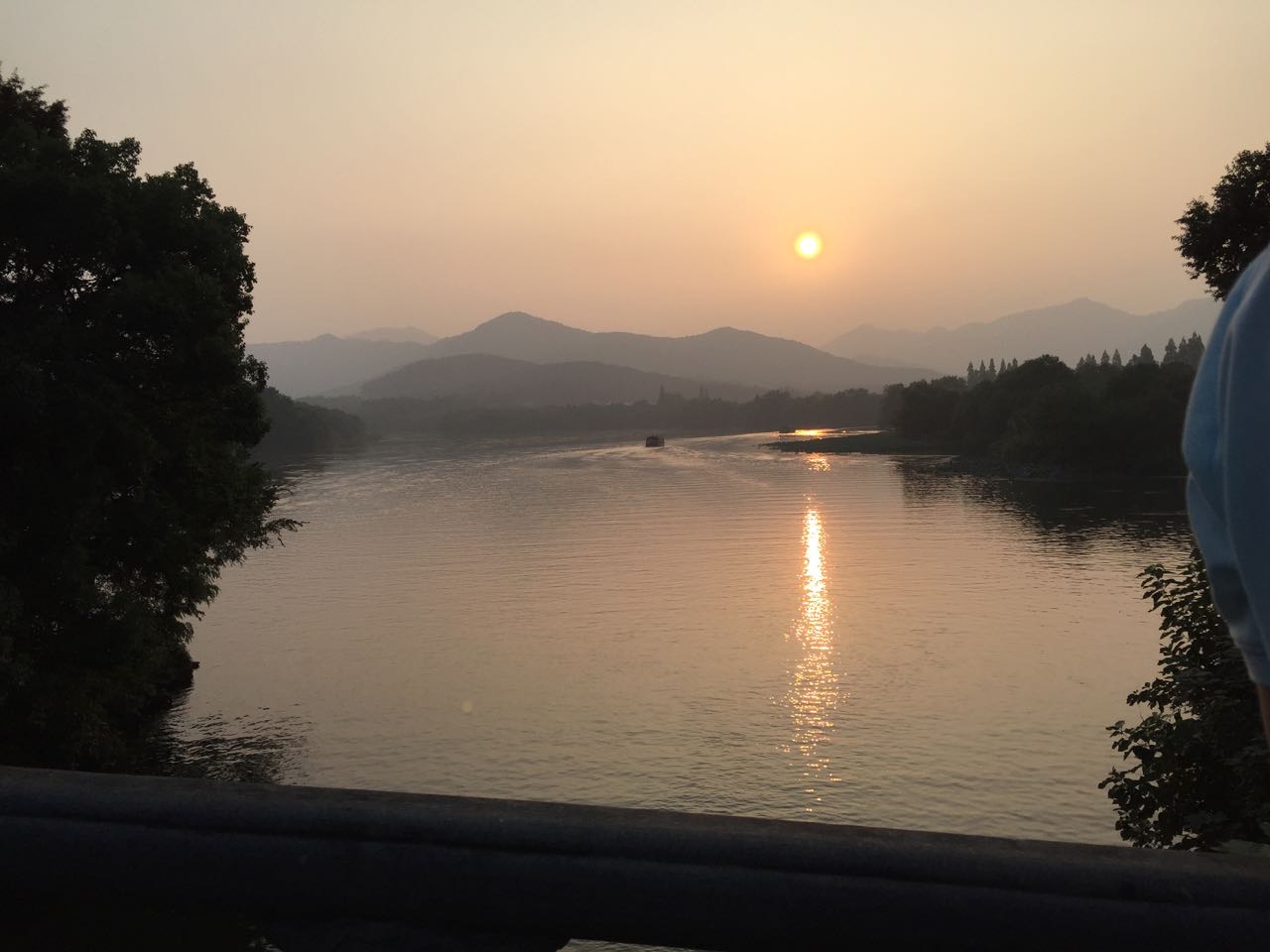 Hangzhou is regarded by many Chinese people as the country’s most beautiful city. Its Xili (West Lake) is garlanded by stunning villas that have inspired artists and poets for centuries. Its delicate pagodas are filled with newlywed couples spooning over the water. The lake’s sub-divided waters are criss-crossed by delicate stone and wooden bridges and garrotted by a 3km grassy causeway. Around it but within the city’s boundaries are lovely restaurants, mountains, many excellent museums, rice fields and tea plantations all easily accessed by bus or bike. It’s always been famous within China and was even briefly capital during the Southern Song dynasty.

But apart from plaudits from Marco Polo it is little appreciated by westerners. For those that follow these sort of things – it briefly made primetime news when in hosted the G20 Summit last year. But few of our gweilo friends knew about it, or had visited it. 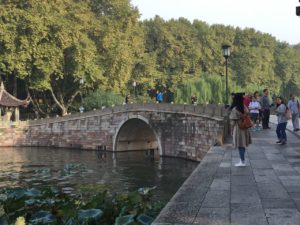 Maya and I went there during the mid-autumn festival in October. Along with Chinese New Year it is the biggest migrations of mammals anywhere in the world, no matter what David Attenborough silkily tells you about his wildebeest. Shockingly, Maya and I weren’t Hangzhou’s only visitors that week. Hangzhou’s gazetted must-see tourist attractions were rammed with tourists from seven in the morning till bed-time. I’ve always been baffled by how Mao persuaded his fledgling People’s Liberation Army to tour China’s inhospitable southern perimeter in Long March. Then I saw Chinese
mass tourism in action. Being frog-marched by a flag touting commander is in the genes.

As well as being beautiful Hangzhou has been punching above its weight in communications, trade and technological disruption for two thousand years. Fourteen hundred years ago it became the southern-most point of the Grand Canal. This immense and extraordinary engineering feat was constructed to transfer food from the arable Yangzi water basin to the hungry northern Yellow River basin. The canal is a 1000 miles long and its locks allow boats to climb 40 metres to bridge the different water sheds, thus integrating the North and South Chinese economies which has been so important in holding the immense state together the past two millenia.

More recently it has become a technology powerhouse. Not quite Shenzhen but it is the city where Jack Ma was born, studied and set up Alibaba. This US$460 billion market company is by some measures the world’s biggest internet company. Not only does this company own Taobao the world’s largest online market place by volume, it also runs Alipay China’s biggest online payment system as well as a whole swathe of other concerns including the second largest instant messaging site in China, a share in Didi the ride sharing app that beat Uber as well as my local paper the South China Morning Post. (You can hear so-so talk show host Barack Obama speak to Jack Ma about innovation, business and environment here).

But the real disruption I wanted to write about is the humble bicycle. Private ownership of bicycles was an emblem of communist China. Seas of clanking bikes threading through packed Chinese streets was a cinema cliché. Then it became car choked congestion. But in Xi Jinping’s communism with a Chinese flavour market economy bikes have made a comeback, and they’re shared. It seems a paradox but the sharing culture and other forms of communal ownership are displacing private vehicles in China. Bike sharing is being bankrolled by the tech giants: Alibaba (Ofo), Tencent (Mobike) and in Hangzhou half a dozen others. The industry is hugely competative with network economies of scale similar to online market places, and it’ll take time for the industry to settle down. 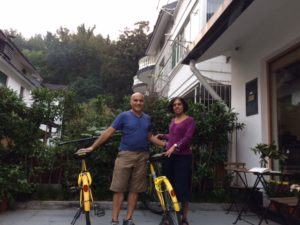 Our hotel owner suggested Maya and I download one of the app. (We communicated with him via Wechat’s incredibly effective speech translator.) For the next three days we’d pick up and drop off bikes bikes where we liked. Holding our phones over the bikes’ QR code unlocked it, when we were done we locked the bikes up again. There were occasional hitches but it worked pretty smoothly. It is obviously hugely popular with young and old. In some locations people scrambled for our bikes the moment we disembarked. (Hong Kong’s service GoBee.bike set up by Raphael Cohen is good but still glitchy, without the big-bucks backing of its Chinese rivals, that operates in Hong Kong’s New Territories.)

The same as many other cities in China a fast growing subway system is being rolled out in Hangzhou. Two lines are open so far, another eight are planned. The bus service is already incredibly cheap and effective. Why own a car? This is where the disruption comes in. The public transport system in China combining high-speed trains for inter-city travel, excellent subway for intra-city, and shared-bikes for the last mile is getting to be so good why own a car. It is hard to overstate what an immense impact this will have on the economy. The manufacture of cars, petrol/diesel extraction, their refining and sales, and the allied industries like car insurance, private car hire / taxis are a mainstay of every economy. But in a decade or so they may be superseded by vastly smaller public equivalents. And it will have effects on the topography of streets may change. Cars like wide roads and acres of parking, their socialised equivalents like narrow shady lanes and smaller compact city forms. It’s healthier too providing us around two hours of aerobic exercise each day.

Zhejiang (the province containing Hangzhou) GDP per head is US$12,000, California’s GDP per head is about five times higher. But the difference in living standards is far from correlated. The Chinese city is safer, less congested, its 2000-year heritage rapidly being restored, and had visibly less income inequality at least in the 50 or so miles we cycled. If this is what relative poverty looks like it doesn’t seem so bad.

2 thoughts on “Hangzhou and Disruptive Technology”