Science behind the book

The book is set fifty years in the future when global warming might start having massive impacts on our lives. It’s a work of fiction but it is based on an extrapolation of possible extreme climatic events and technological advances. 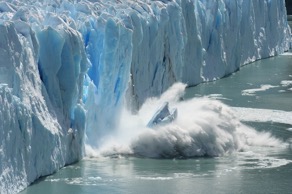 Every 5 to 7 years the world’s climate scientists produce a single agreed set of projections about climate change. The most recent of these was the Fifth Assessment Report (AR5), released in 2014. It’s based on around 9000 scientific papers.

In the book I have used some more extreme ideas which are not currently included in the ‘official’ reports. The book’s tsunami is triggered by a huge chunk of ice falling off the Greenland ice-shelf. This is sci-fi but the disintegration of Greenland is science.

Over the period 2002-2011 Greenland lost an average of 215 km3 tonnes of ice a year which alone is enough to cause sea level to rise around 0.09 mm per year. This loss is expected to continue even if we stop burning fossil fuels.

Actually Greenland is not the single island it seems but at least three islands connected by sheets of ice which are as much as three kilometres thick. If all of its ice-sheet melted sea-level would rise more than seven meters. Listen to this TED talk by glaciologist scientist Kristin Poinar about what we are learning about the vast pools of melted water lying beneath the Greenland ice-sheets, and the worrying cracks appearing in the ice.

In the book a volcano sets off the ice collapse. Tectonic activity (volcanoes and earthquakes) isn’t usually linked to climate change. But there is some interesting research saying as ice sheets melt they reduce the weight sitting on dormant volcanoes triggering more more seismic activity.

Celebrated climatologist James Hansen’s who led NASA’s Goddard Institute of climate projections for 30 years sounds the alarm about the threat he sees from climate change. He argues the increased concentration of the atmospheric carbon dioxide (CO2) to date, is causing a heating effect equivalent to exploding 400,000 Hiroshima sized atom bombs every day. The last time we had CO2 levels of as high as we have now (390 parts per million) sea-level was 15 meters higher than it is now. He fears if we continue burning fossil fuels as we do now, sea-level could rise by 5m by the end of the century. He also warns of feedbacks from more CO2, causing temperature rise, causing more ice to melt, releasing methane and CO2 from the permafrost, and the amplification cycle goes on.

The main liberty I have taken with science is in speeding things up a little. What scientists say will happen over centuries, I’ve used artistic licence to suggest will happen over generations.

In the book cars and buses are powered using electricity grabbed from overhead lines installed on all major roads. They use small on-board batteries to navigate minor roads. Trams, trains and metros already operate similarly except they have to be in permanent contact with the third rail / overhead power lane. This permanent links avoids the need to store on-board power, and also the mechanism to couple / decouple from grid electricity. Researchers are testing wireless means of charging of moving vehicles. Here’s an article in Nature showing one approach. Wireless charging using cradles like the Apple or Withings watch is common place – but these are very low voltage devices, and stationary unlike road vehicles. 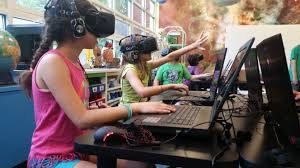 The idea of using virtual reality replacing teachers in the class room is science fiction. The impediment isn’t technology. Many people (author included) have learn new skills from so-called MOOCs, Massive Online Open Courses, like edX and Coursera. These combine video based lectures, computer marked assignments, supplemented with peer-to-peer and  local meetups to provide ‘teaching’. But the reality is teachers and schools do so much more than simply impart knowledge and skills, so didactics are still some way off.

In the novel fossil fuels are no longer use for generate electricity. What takes its place? Off-shore wind and solar photo-voltaic plays an important part, but these are already becoming common place. The major new energy source in the book is bio-oil derived from the seaweed kelp. Kelp is certainly considered as one of the best potential candidate as a future energy source. It doesn’t use scarce land and grows best in coastal areas with water 40 meters deep so it doesn’t compete with other uses of land like agriculture…and living space.